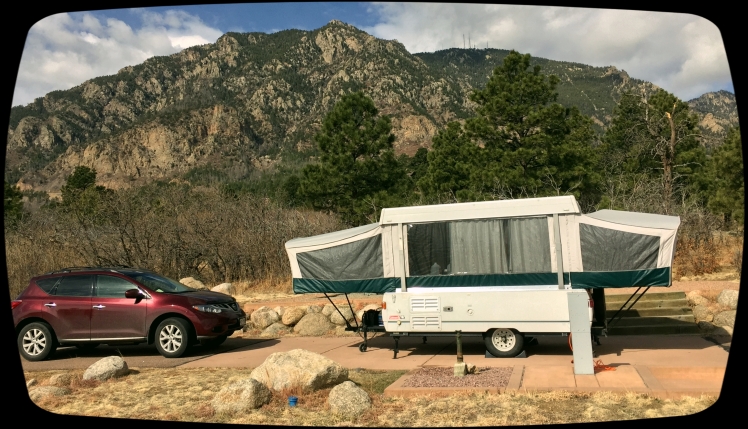 Trent has been wanting to take the camper out for a “test camp” since we bought it in January. I have been nervous about getting too far ahead of the warm weather. But March in Colorado is here, and we are doing this! No snow for us, thankfully (March is the snowiest month), and the high temperature during our stay is in the 50’s.

We set up camp in Cheyenne Mountain State Park in Colorado Springs. It’s one of the few official campsites in Colorado open in the winter. Most seem not to open until April or even June. Fingers crossed we won’t regret this…

We brought along the pups, Molly and Tucker, both 8 year old lab mutts that are really our four-legged furry kids. We pretty much just threw a lot of stuff in our car and headed out late afternoon on Friday. Let’s see what happens!

Highlights of this inaugural pop up camping trip: